They found that most of the 278 restaurants they interviewed did not follow practices that minimize cross-contact or accidental ingestion of food allergens.

Cross-contact is the transference of proteins. This occurs when an allergen is inadvertently transferred from a food containing an allergen to a food that does not contain the allergen.

The truth is, cooking does not reduce or eliminate the chances of a person with a food allergy having a reaction to the food eaten. This can happen when utensils, pots, pans, or hands are not properly washed and sanitized between food preparations

I called the FDA in June only to confirm something I already knew. They don’t govern restaurants. Strangely enough, food allergy training is left up to each state and varies from state to state.

California has not passed any statutes or regulations that require restaurants to publish dish ingredients or warn customers about possible allergens, though restaurants can, and frequently do, include warnings of their volition. Are restaurants to blame for so many reported deaths of patrons with food allergies? This is a question that continues to draw attention in the news today. We did some digging to find the facts and along with our knowledge and experience in the food service industry share our opinion on this subject.

Nearly half of reported fatal food allergy reactions over a 13-year period were caused by food from a restaurant or other food service establishment. (1)

The CDC (Centers for Disease Control and Prevention) Environmental Health Specialists Network conducted an interview with restaurants. They found that most of the 278 restaurants they interviewed did not follow practices that minimize cross-contact or accidental ingestion of food allergens.

The restaurants interviewed were in California, New York, including New York City, Minnesota, Rhode Island, and Tennessee. Managers of these restaurants reported this disturbing information about their own restaurants:

Brace Yourself for These Startling Report Findings

Are Chefs to Blame?

It’s shocking how many food service professionals do not know the difference between cross-contamination and cross-contact.

Last week we talked to a group of chefs and servers who had no idea what cross-contact was. Most chefs only get training on cross-contamination. For this reason, are the chefs to blame?

Moreover, what is this cross-contact and how does it differ from cross-contamination? Cross-contact between foods with allergen and those without

Cross-contact is the transference of proteins. This occurs when an allergen is inadvertently transferred from a food containing an allergen to a food that does not contain the allergen.

The truth is, cooking does not reduce or eliminate the chances of a person with a food allergy having a reaction to the food eaten. This can happen when utensils, pots, pans, or hands are not properly washed and sanitized between food preparations.

In the example above, cross-contact is likely to occur. The knife with peanut butter and the shrimp are both major allergens on the same cutting board with ready to eat food. Cross-contamination is the transference of bacteria and is a common factor in the cause of foodborne illness. Microorganisms such as bacteria and viruses from different sources can contaminate foods during preparation and storage.

However, proper cooking of the contaminated food in most cases will reduce or eliminate the chances of a foodborne illness. (4)

In this example, chemicals from the spray bottle and raw chicken are contaminants for the ready to eat lettuce.

A 13-year old Chicago girl suffered a fatal anaphylactic reaction after eating Chinese food at a school Christmas party. The food was supposed to be safe.

Katelyn Carlson, who was allergic to peanuts, was rushed to the hospital in the early afternoon, but died a few hours later. An autopsy confirmed that her death was caused by anaphylaxis, the serious and swift-progressing form of allergic reaction.

The teacher had checked several times with the restaurant to make sure that the food being prepared would be safe. What happened? The food was tested by the medical examiner’s office and the University of Nebraska. Horribly, the results showed that the food was “heavily contaminated with peanut products and that this was the tragic cause of this child’s death.”

“Katelyn’s death is tragic and devastating to her parents and her classmates – and frankly to all of us who are at risk of anaphylaxis, or have a child at risk,” says Gwen Smith, editor of Allergic Living magazine. Gwen says that Chinese cuisine, except if made at home or by a chef highly trained on allergy management, is too dangerous a choice for those at risk of anaphylaxis due to peanut, nut, sesame or shellfish allergies. These are staples in the cuisine, so the risks of cross-contact or mistakes in such a restaurant kitchen are always high.

Gwen urgently reminds people with allergies to take extra care when they are eating foods prepared by others and to always use an auto-injector (EpiPen) at the first sign of a serious reaction. In too many of the fatalities, epinephrine is used late or not at all. In case of doubt, please use your auto-injector. (5)

We thank Allergic Living for permission to share Katelyn’s story, in hopes that we can one day prevent this from happening to others.

The FDA’s Failure to Govern Restaurants

I called the FDA in June only to confirm something I already knew. They don’t govern restaurants. Strangely enough, food allergy training is left up to each state and varies from state to state.

Having recently moved to California, I decided to investigate their stand on food allergies. I called Los Angeles County Public Health and spoke to a representative who was an absolute angel with compassion for those with food allergies and special diets. She gave me some contacts.

I reached out to the Sacramento County Public Law Library. They shared, “For the most part, state legislators and their respective state restaurant associations have not been able to come to any conclusive agreements on the role restaurants could or should play in regard to food allergy safety.

Currently, California has not passed any statutes or regulations that require restaurants to publish dish ingredients or warn customers about possible allergens, though restaurants can, and frequently do, include warnings of their volition.”

Several weeks after writing this post, I got an emotional email from the angel I told you about. She shared the news of code SB 1067 that was enforced in California in July. The code requires the person in charge of the retail food facility and all food employees to have adequate knowledge of major food allergens and the symptoms that a major food allergen could cause in an individual with food allergies. Finally! I am so excited to be able to add this thrilling update before posting.

Did you know that five states have enacted laws to make it safer for those with food allergies to dine at restaurants? Those fabulous five are Massachusetts, Maryland, Michigan, Rhode Island and Virginia. It’s time for all states to join in. Lives are at risk and many have already been lost.

Remembering Those We Have Lost

We have had 10 food allergy deaths so far this year, with 4 related to food service establishments.

Please visit No Nuts Moms Group to see all the wonderful things they’re doing and to remember the many others we have lost to food allergies.

Beyond the Restaurants’ Responsibilities

In our professional opinion, the point is clear that there is a responsibility for food service operations to provide proper training on food allergen safety.

They need to be able to communicate menu ingredients to their guests. They have to be knowledgeable about what food allergies they are capable of managing and what menu items they are not able to accommodate. For this to happen, we need to fight to have laws in place beyond what is provided in the FDA Food Code. To help move this along, getting involved and supporting FARE in their initiatives will only make our own efforts more effective.

Where does the responsibility lie for keeping guests with food allergies and special diets safe? In our opinion, it takes more than just one person or organization.

There is no doubt that laws must be enacted to make it safer for those with food allergies to dine at restaurants. That’s a given! But all restaurants need to take this seriously. If they don’t feel they can handle serving guests with food allergies, they need to be open and honest in their communication.

And chefs need to keep up with the times. The dining scene is different now than ever before with so many people with food allergies and special diets.

At the same time, those of us living with food allergies and special diets have got to do our part. Like Gwen Smith, editor of Allergic Living, urgently said to those with allergies to take extra care when eating food prepared by others and always use an EpiPen at the first sign of a serious reaction.

What do you think? We’d love to hear your thoughts.

In closing, we would like to thank FARE who works on behalf of the 15 million Americans with food allergies, including all those at risk for life-threatening anaphylaxis. This potentially deadly disease affects 1 in 13 children in the United States – or roughly two in every classroom. What if your child or grandchild was in the 1 in 13? Or maybe he or she is. 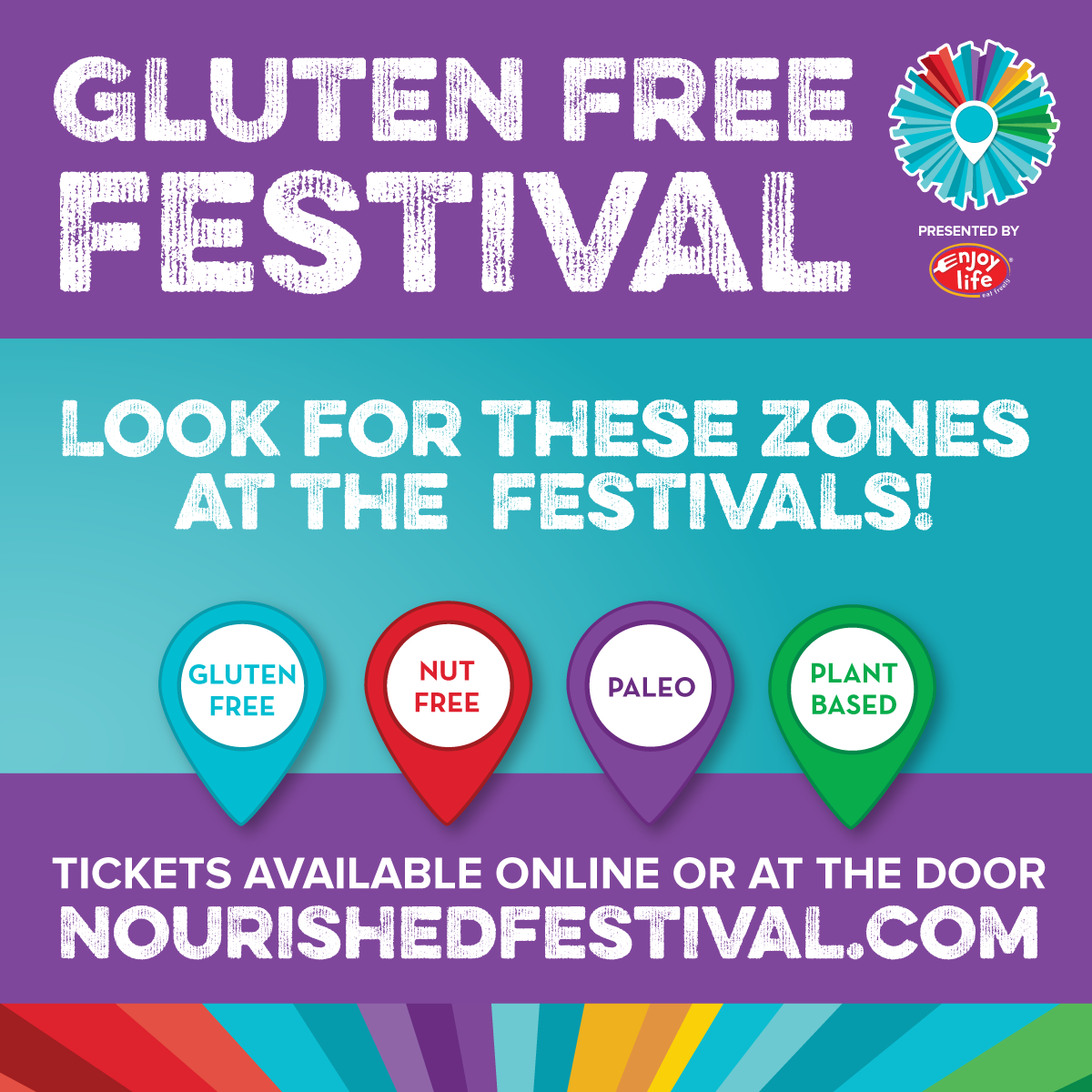 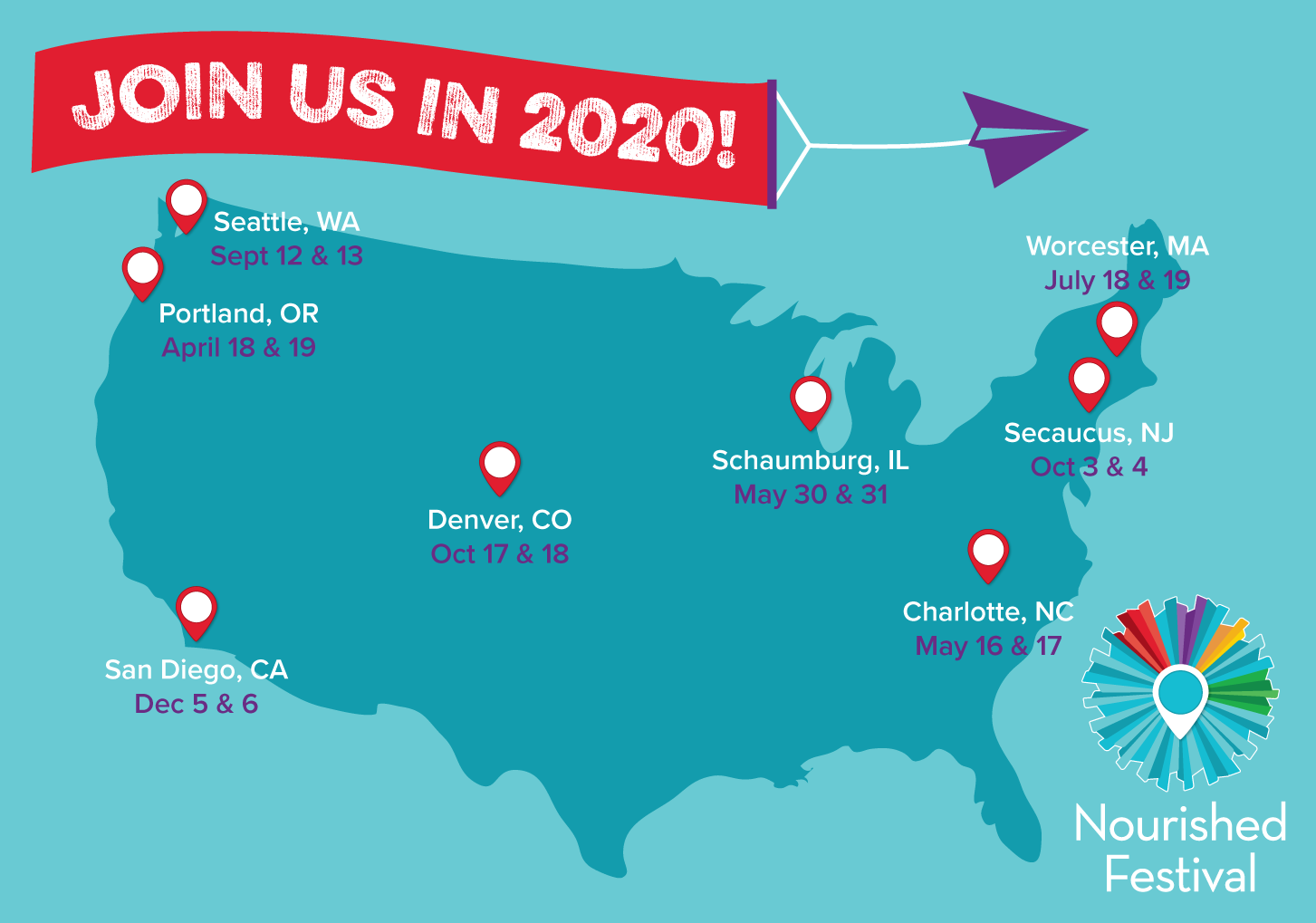